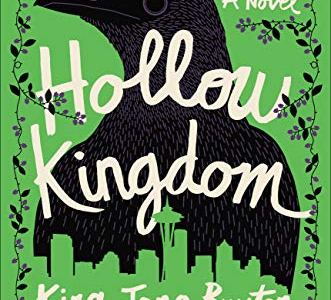 Hollow Kingdom is unique take on the zombie apocalypse from the perspective of the animals left behind. The cast of characters was fun and relatable, but they sometimes feels formulaic. I enjoyed the story, but it was predictable at moments and pacing of character development felt rushed in some places and glacially slow in others. Overall an enjoyable read and a worthy addition to any zombie aficionado.

END_OF_DOCUMENT_TOKEN_TO_BE_REPLACED

I wrote a few years ago about the DPS Meters, Theorycrafting and what I thought their impact was on MMOs. I think it’s more true today than it was then. This isn’t to say that WoW doesn’t have a myriad of other problems because it does but I think this is a foundational issue with WoW. But I can’t help but think that Blizzard’s momentum of bad decisions might have actually started to overcome the community inertia that kept the game on top.

One grain of sand. That is all that remains of my once vast empire.

The Child-like Empress, The Neverending Story

One of my all-time favorite movies is The Neverending Story. The Nothing is one of the scariest villains ever. It was unknowable, utterly alien in its motives–like despair incarnate, the void. Towards the end of the movie, the Nothing had consumed nearly everything and all that was left was a single grain of sand.

END_OF_DOCUMENT_TOKEN_TO_BE_REPLACED

Today in “legislators are comically out of touch with how the world woks”, State Legislators in Pennsylvania put forth a bill that would add a 10% tax to any video game that receives a M for Mature or AO – Adult only rating from the ESRB (Entertainment Software Rating Board). The state would then take that money and put into the “Digital Protection for School Safety account”…because you know, protect the children. Unfortunately, text doesn’t let me express just how big my eye-roll at reading this was.

END_OF_DOCUMENT_TOKEN_TO_BE_REPLACED

In yet another installment of extraordinary kids do extraordinary things but still have a fatal flaw because reasons, Jonathan Renshaw’s Dawn of Wonder creates a serviceable world and interesting characters that didn’t leave me disappointed, but also not excited to read the next installment.

There’s no obvious executable payload in the attack but the attackers may be building a collection of websites and biding their time.

I stumbled across this podcast the other day, TrailBlazers, while I was doing research about a related topic. The episode, titled Jackpot, that popped up first for me was about gambling, in particular slot machine.  I’ve actually written a fair amount about gambling in my series on lock-boxes so I was really interested in this particular episode and it didn’t disappoint. I highly recommend you give it a listen — I’ll cite a few quotes here, but the full piece is worth a listen.

I’ve attempted to write a blog post about the slaughter that happened over the weekend in Pittsburgh and how much it really shook me the core. The words to describe what I was feeling didn’t really resonate with me. Something about what I was trying to say just felt … off.

Social media is drowning in misinformation and ideological war that many don’t even know we are fighting, even as they wade into ideological battle after ideological battle. Groups manipulate and subvert systems on social media to amplify their ideas, giving them a credibility they haven’t earned and don’t actually represent the will of the people. Death threats are common. Say the wrong thing, or say the right thing and the wrong person sees it and suddenly you are the target what can only be described as terrorist attack to silence you.