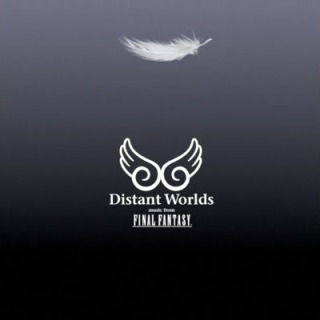 Over the weekend, a group of my friends and I went to the Distant Worlds show here in the burgh.  While I enjoy the Final Fantasy games, I’ve never been the biggest FF fan, but I thought the experience would be fun, and my friends were all crazy geeked out about it.

Similar to the Video Games Live concert series, but dedicated entirely to the Final Fantasy franchise.  The concert was just a little over two hours, and outside of a mic-squeal during a classic guitar solo, everything was flawless.

I didn’t really know what expect–I had played games before, but it’s not horribly often that the music makes a lasting impression.  Not that the music is bad or not memorable, but rather that it just jives for me in the “atmosphere” of the game.

There are still some songs that really stick out for me — like the theme to Dragon Age: Origin, The Lament of the Highbourne, and a few others.  I have to say, I wish I had paid a bit more attention.  I loved the concert–it was definitely worth the costs of the tickets.  In particular, I loved Zanarkand, but the Chocobo Swing (and the accompanying video) was awesome as well.

All in all, if you have the chance to see this in concert, definitely go.  The tickets might be a little pricey, but it was totally worth it.  Such a great experience.  I don’t think I need to reiterate the awesome atmosphere of live music — that’s only enhanced here.